“Courage does not always roar.
Sometimes courage is the quiet voice at the end of the day saying,
‘I will try again tomorrow.”
~ Mary Anne Radmacher ~

While cancer is a terrible disease that nobody should get, especially a child, most cancers can be treated and the survivor can live a healthy, full life IF the cancer is diagnosed early enough!

During this Childhood Cancer Awareness Month we want to draw attention to Childhood Cancer Awareness, but we also want to honour all those little fighters who have gained their Angel Wings too early in life and pay homage to their families for the battle that they have had to endure, because there is NOTHING WORSE than having to watch your child fight a battle that they may very well lose and know that you are HELPLESS to do anything to protect them!

remission and even though their lives will be forever changed (read about what being in remission means), we celebrate their hard-won victory.

The video below is the result of Sara Bareilles and Cyndi Lauper doing a mash-up of their hits “Brave” and “True Colors” to create the song “Truly Brave” (The video features cancer patients from The Children’s Hospital Of Philadelphia as well as the two stars) and Little Fighters Cancer Trust would like to dedicate it to ALL Little Fighters; those who have gained their angel wings, those who won their battle, and those who are still fighting their battle!

Here are some updates we received on some of our Little Fighters this month:

Sydni is in remission. She still ha a lot of radium in her body, and will have until January 2016, when she will have another MRI.

Remission is NOT by far the end of the Fight, so please continue to keep Sydni and her Family in your hearts and prayers!

Anke saw her paediatrician this morning. She is really not well.

She has respiratory infection and middle ear infection. She has to have antibiotics now, which is a nightmare to get her to take. She has to be back at the Oncologist on September 22nd for tests.

Please continue to keep Anke and her Family in your hearts and prayers!

Ruben is not doing too well – Five tumours were again treated with cryotherapy and there is one tumour really close to his nerves, which the Dr is not too sure about. Ruben will see the doctor again in a month’s time to see how t this tumour has reacted in the meanwhile. Ruben may have to have chemo and radiation again in the near future.

Please continue to keep Ruben and his Family in your hearts and prayers! 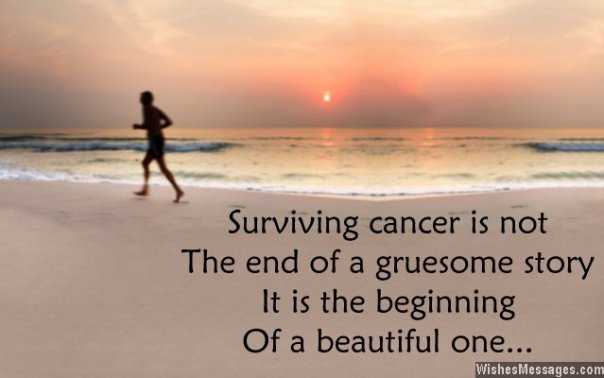 Related Articles
Dear every cancer patient I ever took care of, I’m sorry. I didn’t get it.

In Loving Memory of Our Little Fighters Who Lost their Battle